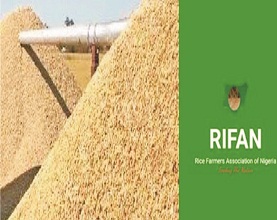 A call has gone to Ondo state government to assist fish farmers in the river rine area of the state to get two stroke outboard engine  to enable them go into high sea for higher yield to cushion the effect on the ban on importation.

The Public Relations Officer of Aquaculture and Fish Farmers Association of Nigeria, AFAN, Ondo state chapter, Mr Femi Aluko made the call while reacting to step of the Federal Government to ban importation of fish into the country.

Aluko who lauded the step stated that the association had been advocating for it a long time ago so that fish production locally can grow.

According to him, fish production locally is relatively cheap now because fish feed are now produced locally unlike when they were being imported to the country.While saying Ondo state does not have two stroke engine, Aluko noted that making it available became necessary to boost the yield of the farmers since fish production from pond will reduce drastically during dry season.

He added that only fish pond farmers who have boreholes will be able to produce because the water level would have gone down and that two stroke engine will help farmers in the river rine to go to the high sea to fish properly.

Besides that, Aluko said other sea foods like shrimps, crabs, crayfish are needed by the people which can only be gotten from the river rine area.

He called on the state government to assist the farmers to avoid shortage of fish particularly between November ending and April when most fish pond farmers will not be able to produce.

Aluko who stressed that ban on imported fish is good noted that farmers can produce throughout  the year if government give them the necessary support.

He also advised federal government to maintain it’s stand and ensure fish importation remains banned in the country so that local production can grow.