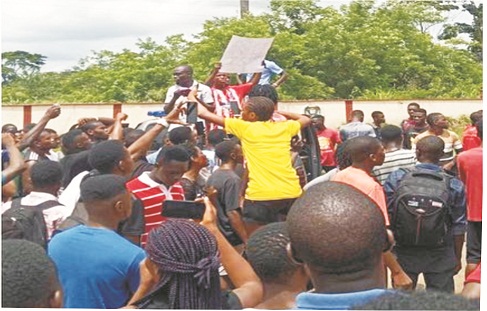 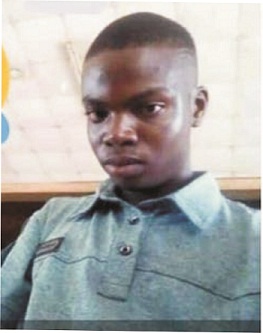 The joy of  all parents is to see their children finishing secondary education,  in bright colours ,gaining  admission into the universities,  bagging   a degree, getting  good jobs to start their own families and  at their old age taking good care of them(parents) and making them to eat the fruits of their labour.

These wishes however will remain dim in the family of Israel Anuoluwapo, a 100 level student of Mathematics Department of Federal University of Technology Akure (FUTA) who was allegedly killed by a hit-and-run  driver at the  front of the university’s main gate on Tuesday, April 30.

The sad development led to a protest by FUTA students who blocked the Akure -Ilesa highway, chanting protest songs and restricted vehicular movement for hours. During the protest, the students  called   on  Ondo State government to erect speed breakers on the highway around FUTA to prevent future occurrence.

It would be recalled that in May 2016, four FUTA students lost their lives in an autocrash along the same area along   Ilesa -Akure expressway. Also last year April, a 200 level student of Department of Food Science and Technology, FUTA, Deborah Olajide was alleged killed by  another  hit- and-run driver  along the same Ilesa -Akure road. The  cases of shedding students blood on the highway  are  endless.

Head of Media and Protocols of FUTA, Mr Adegbenro Adebanjo while reacting to the painful death of Anuoluwapo said that the school had met with the state government to erect speed  breakers along the road.  He said “It was a very unfortunate incident, it happened on Tuesday and the boy died the same day at the hospital. We have formally informed the parents of the deceased. We have met with the government officials  and  our students have stopped the protests. They   are now back on  campus and normal  academic activities have resumed . “

The State Police Public Relations Officer, Mr Femi Joseph, said that the matter had been  looked into while the government had agreed to erect speed breakers on the expressway.”When we got the information of the protest, we immediately swung into action and appealed to the students to calm down while the school authority interface with the state government on the matter. Now, normalcy has returned to the place.” he noted.

A FUTA student, Miss Tolu Babalola, who blamed the recurring incident on  over speeding of most drivers  on  road appealed to the state government to urgently erect speed breakers along Ilesa -Akure expressway to forestall futher avoidable deaths as she sympathised with the family of Anuoluwapo and prayed  to God to console them.

“No one pray for tragedy but since it has happened, there is nothing we can do to bring back the dead. All we are appealing for, is for the state government to erect speed breakers along the FUTA portion of the Akure -Ilesa expressway. She also appealed to the  Federal Road Safety Corps, FRSC,  to deploy a detachment of their personnel to monitor traffic on that axis for students safety. “