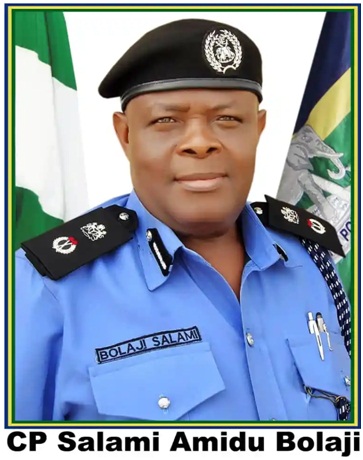 Monarchs from Ikaram, GedeGede and Ajowa, in Akoko Northwest Local Government of Ondo State, have cried out for the police in the area to be reinforced with more personel to reduce kidnapping challenges facing their communities.
Led by the Akala of Ikaram Akoko, Oba Andrew Momodu, the monarchs, who decried the present incessant insecurity issues in the areas, appealed to the police force to come to their aids with the constant presence of the security agents in their communities.
The communities of Gedegede, Ikaram, Ajowa in the council area are sharing boundaries with neighbouring Kogi State where crimes and criminality like kidnapping and armed robbery are on the increase.
The monarchs made the call when the new Commander of the Ikare Akoko Police Area Command,nACP Abiodun Agboola, visited them to familiarise himself with the communities under his command.
They noted that the closeness of the communities to Ayere in Kogi State and other adjoining state made the areas porous for criminals.
The royal fathers also brought to the notice of the police chief the incessant herders/farmers clashes which had negatively affected the activities of the indigenous farmers in the area.
They called on the police authority to always have dialogue and induction for vigilante and local hunters to make them more effective in combat crime in the area.
The Area Commander, however laid more emphasis on community policing which he said is aimed at recruiting police in local communities and make them serve in their domains for effectiveness since they are familiar with the terrains of the area.
He also appealed for information sharing that will lead to knowingb the hideouts of the criminals in the area.
Agboola promised to summon the stakeholders meeting where issues will be thrashed.