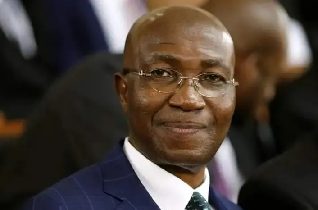 A legal luminary and  Senior Advocate of Nigeria, Chief Wole Olanipekun,  has thrown his weight behind the position being canvassed by some Governors that Nigeria must use the opportunity of Constitution Amendment to get the nation fully federalised and democratised.

The senior lawyer also predicated that the stalemate being experienced by the passage of the amendment bill in some states, was the governors’ insistence that the State Police must be approved for subnational stratum, to stem the tide of insurgency, killings and kidnapping of Nigerians.

Olanipekun expressed displeasure that only Nigeria was resisting true federalism among the nations of the world practising democracy, describing this as an abberation and reason why Nigeria has refused to develop acceleratedly.

The senior lawyer spoke in his Ikere Ekiti countryhome, at the weekend.

Speaking about the state of the nation, Olanipekun said; “We are having this stalemate in the Constitution amendment because some  governors expressed reservations that they will only accept the passage if State Police is approved. That is, something like state autonomy.

“I support the governors on this. Nigeria is the only country that practices democracy, where we have only one Police formation being controlled from Abuja, and this is failing us, this is wronging the system.

“Let us look at our land mass from Calabar to Kaura Namoda, from  Bayelsa to Borno, how can it be secured by only the federal police? Look at the size of the Southwest, can it be policed by only federal police? Even in Lagos alone, it is wrong to have only one Police formation.

“Let us look at London, it has London Metropolitan Police. Havard University alone has Havard University Police Department. Looking at all these, why are we different? Why are our people like this? Why are they failing to allow Nigeria to be fully federalised and  democratized?

Olanipekun, who revealed that a total of 1,475 persons had benefitted from the scholarship and empowerment schemes as at 2021, urged the youths and students to shun Internet fraud, kidnapping, ritual killing and other vices to safeguard their future.

He said the schemes were conceptualised by him 26 years ago to banish poverty, liberate the people and propel education among the children of the poor.

The legal icon, urged the new Ekiti State Governor, Biodun Oyebanji to place high premium priority on the development of the state’s infrastructure, education and internal security sectors by strengthening Amotekun corps to provide adequate security and rejuvenate the economy.

Applauding the senior lawyer for the gesture, Governor Oyebanji, said he was thrilled by the schemes endowed by Olanipekun, promising to replicate similar scheme in his Ikogosi Ekiti country home to help humanity.

In his lecture titled; “Education, Youth and Community Development’, a Professor of Botany, Prof. Dele Olowokudejo, stressed that Nigerian youths can only be productive and shun vices, if they are educationally and technically empowered by governments, corporate bodies and spirited individuals.