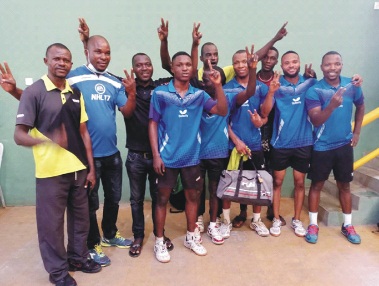 After a successful outing at the just Nigeria Table Tennis Federation NTTF Championship held in Teslim Balogun Stadium, Lagos, Ondo State team has now shifted attention to the Renewed Hope Lagos top 16 men and women Championships.
The performance of the Ondo State table tennis team at NTTF Championship earned the five players out of the 16 men invited,while the state also got two in the women category.
The players invited in men category from Ondo State include: Omeh Amadi, Mati Taiwo, Oloruntade Adeola, Oladiran Joshua, Fagbamila Akinwale, while Adebayo Iyabo and Akinyinka Kehinde made the list in women category.
Ondo State table tennis coach, Adedotun Omoniyi in a chat with Sporting Hope expressed optimism that his players will continue to do the state proud saying they won’t be complacent at the competition.
“We are not going to allow the success of NTTF to affect our performance’, he said.