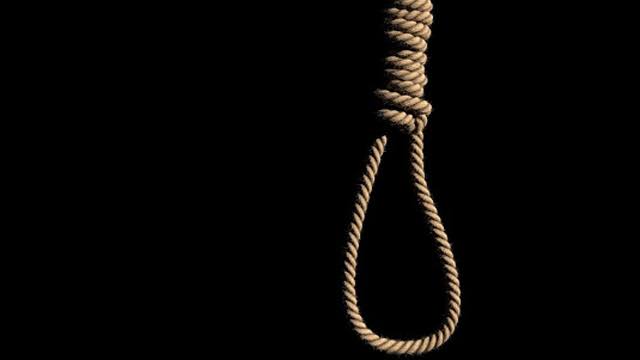 It was gathered that the deceased hanged himself in his off campus lodge, located Aule area over alleged depression and financial constraints.

Oluwapelumi was a student of Industrial Design student before his demise.

It was learnt that his friends who visited his room yesterday morning discovered it was locked and after several telephone calls without response, the door was broken.

They later discovered his hanging body after they gained entrance to the room.

Report said that the buckets with which he aided the act was discovered in the room.

They added that several of his posts also contained messages seeking financial help to enable him run his business.

According to them he posted on his facebook page on October 8 that “Suicide kinda answers all, it’s the only thing that listens and trusts You when You left all to your self “Good night and Good bye”

However, the leadership of the Students union, in statement signed by the President of the Student union, Jesunifemi Asoore, said “It is with deep sadness and heavy hearts that we inform you of the death of our colleague and friend, Olona Joseph Oluwapelumi. popular known as Tart Angle. who passed away on Saturday January 21, 2023.

“According to the report, His death was confirmed in the early hour of Saturday, January 21,2023. The deceased, identified as Olona Joseph a 300 level student from the department of Industrial Design was reported to have committed suicide by hanging himself in the early hour of today.

“Death can be difficult for us to understand, especially when it is sudden. Many of us may be confronted with a variety of emotions. which might include shock, sadness. and confusion.

“We want to assure you that we, the Students Union, care about you and the feelings you may be experiencing.

The state police spokesperson, Funmi Odunlami, confirmed the death of the student and said the incident was reported to the police.

Odunlami said ” His body had been taken to the morgue and investigation has started to unravel the reasons behind his action, but it was a case of suicide.”

The university authority was yet to make an official statement as at last night.