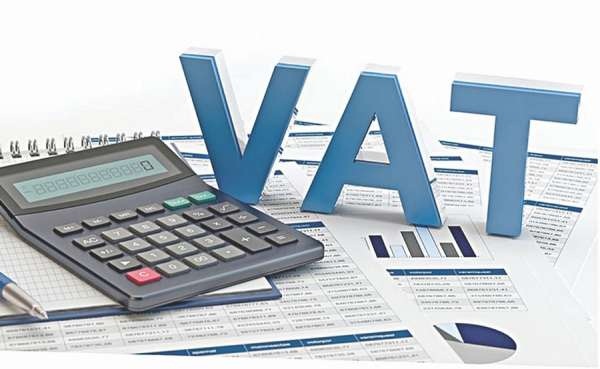 Economic experts have backed the decision of state governments to collect Value Added Tax, VAT, describing it as the beginning of economic restructuring that will aid development of every state in the country.
The experts also said that it would create healthy economic rivalry among states, leading to increase in production of local products as well as ensure justice and fairness to the states.
It would be recalled that a Federal High Court sitting in Port Harcourt had on August 9, in a judgment with suit number FHC/PH/CS/149/2020 held, “that the Rivers State Government had the power to collect VAT within its territory’.
It is recorded that VAT contributes significantly to the total revenue generated by the government, accounting for over 16.2% of the Gross Domestic Product (GDP) in 2019.
The Federal Government generated over N2.5 trillion from VAT alone in the last 18 months as outlined in the 2020 Finance Act.
According to data filed by the Federal Inland Revenue Service (FIRS) from the National Bureau of Statistics (NBS), Nigeria may have earned about N2.5 trillion from January 2020 to June 2021 at a 7.5 per cent VAT rate.
Those who spoke with The Hope are: Professor of Political Science at Ekiti State University, Prof. Akinsola Agagu; an Associate Professor of Political Science and a Political Economist, Dr Bayo Fasuwon and an Economic scholar, Dr Chris Ofonyelu.
According to Prof Agagu, collection of VAT by the state governments is “simply logical”. He said it was unjust for some states to prohibit the consumption of some products but collect VAT at the expense of those that allow their consumption.
While noting that the VAT collection should be part of the review in the current constitution, he advised the states to pursue the collection, not minding the challenges they might face.
Agagu noted that VAT collection by the state governments was not about opposition or confrontation but an attempt to ensure a just society.
He charged the states to mobilise their representatives at the National Assembly and civil society groups to stop the move on VAT to the exclusive list, as demanded by the Federal Inland Revenue Service (FIRS).
The political scientist also charged the media to enlighten the public on VAT collection, create awareness and enlightenment in order to achieve justice and equity
Also speaking, Dr Fasuwon supported state governors on VAT collection; since it was within their states the products were being consumed.
His words: “We need an understanding on what the Value Added Tax (VAT) is. It is not a tax you collect at once. What happens is that when you have a product, like a phone, at every point of production, there is taxation on it. So, it is not the tax on the full product but at every point of its production.
“So, the tax the consumers pay at the end of the day is the cost of production minus the cost of materials that have been taxed before in producing the product. The idea is that each consumer pays a tax on what he consumes
“Tactically, it implies that the higher the level of consumption of a product the higher the revenues that go to the government. So that is where the basic challenge comes from now. “Who gets it; is it the federal government or the state government?” he asked
He said the major thing to consider was the actual place in which the product was consumed. “Let us take alcoholic drinks production for example, which is not consumed in Sharia states. So, they should not get any tax coming from it. They do not consume it, rather they destroy it.”
The political economist averred that state governments are now waking up to the need for true federalism in Nigeria, stating that, “We have based our federalism on politics, but now, we are basing it on resource structure, which is the economy and that is a good thing.
While stressing that the state governments should collect VAT, he however, noted that certain percentage should be given to the FG, since it gives import licence to the companies producing the products to operate in the country.
The Asociate Professor of Political Economics advised state governors to collect the VAT and remit cetain percentage, like 10% to the Federal Government.
He said this comes with many benefits to the states because, “it will help the state governments to also produce products. Other states will also look for avenue to get value added tax on products consumed within thir territories,” adding that it boosts production and consumption of local goods and services within each state.
In a similar submission, Dr Ofonyelu stated that VAT collection by the state governments was the reality and best way to go.
The economics scholar emphasised that states were lacking in their capacity to discharge their obligations, but the FG was making money through them and without any sense of responsibility.
He said it was in the best interest of the states, which are closer to the people, to collect VAT, saying it was the best for the economy of each state and the country to develop.
“That will also make economic restructuring we are talking about to be faster because finance is at the centre of the whole thing.”