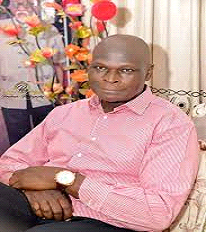 The importance of girls child education to the social, human and economic development of any society has again been re-emphasized.

The Chief of Staff to Governor Oluwarotimi Akeredolu of Ondo State, Chief Olugbenga Ale, who made the observation while speaking at the presentation of Bursary and Scholarship Awards to students of Idogun High School in Ose Local Government Area of the state, particularly lauded the organisers of the programme for giving priority to girls child education.

No fewer than 46 female students of Idogun High School benefited from the Bursary and Scholarship Awards courtesy of an endowment instituted in honour of the late wife of a former Secretary to the State Government and ex-Head of Service, Attorney Omolorun Modupe, and Deaconess Beatrice Oyinwande Modupe JP Educational Foundation.

The event held at St Paul’s Anglican Primary School, Idogun, was attended by parents of the beneficiaries, school managers, educationists, top bureaucrats in the state and several others.

The Chief of Staff explained that the awards given to the students will alleviate the burden of their parents in providing them qualitative education, even as he advised the beneficiaries to take their studies seriously as these awards have placed additional responsibility on them to be up and doing more than ever before.

He equally encouraged all other well-to-do and other similar Foundations to embrace this noble cause and contribute their own quota to the educational development of the State, stressing that government alone cannot do it.

Ale who described education as a veritable instrument that unlocks the innate imagination and intellectual capacity in every individual, through which everyone contributes to the overall development of the society or State, particularly congratulated Attorney Omolorun Modupe on the establishment of the Foundation thereby sustaining the good legacy of his late wife.

According to him, education is one of the fundamental means through which our children and young ones can improve their personal endowments and build their capacities towards creating enormous opportunities for their overall well-being.

The Chief of Staff also said despite the economic meltdown across the globe, the administration of Arakunrin Oluwarotimi  Akeredolu, has been giving deserving indigent students of Ondo State bursary and scholarship awards within the available financial resources.

“It is also worth mentioning that the present administration in Ondo State has committed huge financial outlay to the uplifting of the standard of education in the State. More than 1,200 primary school teachers were recently recruited.  Furthermore, several primary schools across the 18 Local Government Areas in the State have been renovated. This development has invariably engendered confidence in our public schools system as students enrolments in the schools have increased in recent times”, he added.

Earlier, the Secretary of the Foundation, Mr. Oloruntoba Emmanuel, said the emergence of the Foundation is a product of the firm belief in the English Maxim which acknowledges that “Knowledge is Power”.

Mercy Ogunleye, who spoke on behalf of the beneficiaries appreciated the Foundation with a promise to make good use of the scholarship awards.