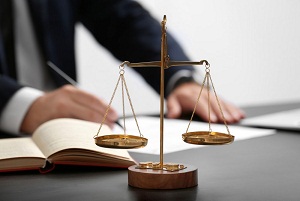 By Kemi Olatunde
|
The ongoing trial of the accused persons that allegedly attacked some health personnel of the University of Medical Science Teaching Hospital, Akure Complex in July 2019, has reached  hearing stage.

It would be recalled that sometimes in July, some aggrieved relatives of a deceased patient in the Accident and Emergency section of the facility pounced on the members of staff, beat them black and blue and also destroyed hospital equipment.

As hearing commenced, the defense counsel, Mr. Lawrence Kayode Dare informed the court that his clients were making efforts to settle the case out of court.

He claimed that they had written letters requesting for settlement to the Ondo state government and that they are hopeful that their efforts would yield good results.

The trial magistrate R. A  Olumiluwa asked the complainants in the case whether they were aware of any attempt to settle out of court.

Responding to the Magistrate’s question, the complainants told the court emphatically that they were not part of the process.

Also responding, the defense counsel admitted before the court that the affected staff of the hospital may not be aware of the settlement and promised that he would carry them along in subsequent processes.

The Magistrate adjourned the case till October 3, 2019 for the court to hear the outcome of the settlement or for definitely hearing.