Gender-based violence: Why men may not be safe 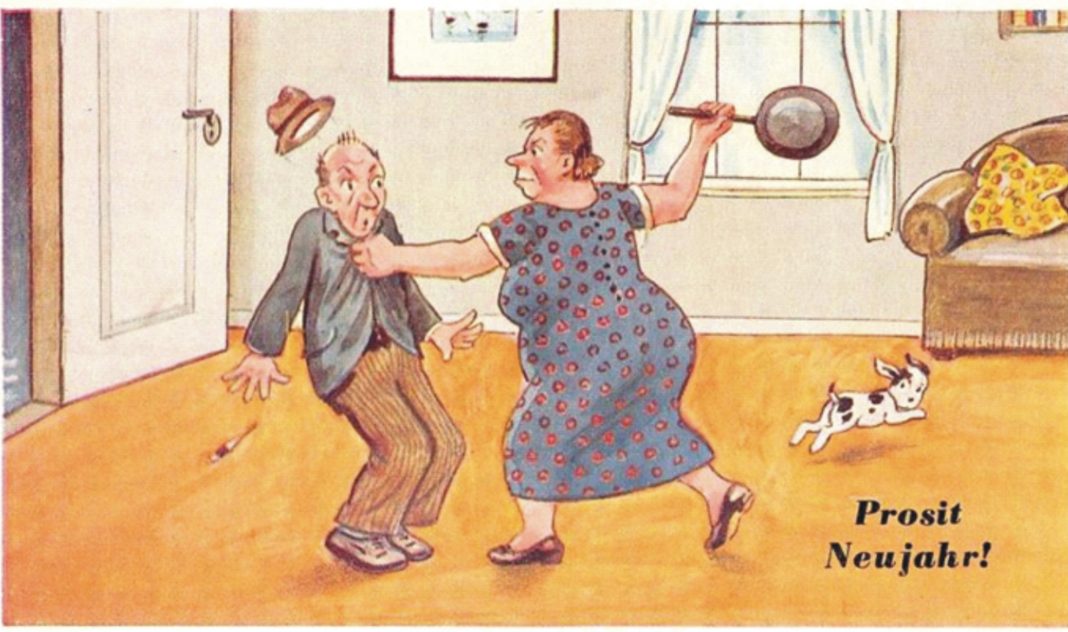 When most Nigerians hear the word ‘abuse’, what readily comes to their minds is verbal assault. However, abuse has been found to go beyond that. Abuse can be verbal, psychological and even physical. At the level of physical abuse, it can be viewed as a form of violence. Violence happens from time to time in every human setting and it arises mostly from conflicts.

One of the most common forms of violence in human societies is gender based violence, although violence can sometimes be between an adult and a minor. Gender based violence has been going on for a very long time, and in recent time it has received much attention from the media. However, it is mostly violence against women that has received attention from the media, even though experience has shown that men can also be victims.

The Hope sometime last year reported the story of Baba Ode (not real name), an artisan in his mid 50s, who was often beaten by his wife of over 14 years and even had to be hospitalised at a point. The union which produced four children had to be brought to an end because of the domestic abuse suffered by the man.

A trader, Baba Eze, divorced his wife of eight years after he said that he could no longer cope with her beating. On one of those occasions, Baba Eze had to be rescued by his brother-in-law who was his friend.

Mr Adeyosoye, a civil servant, revealed that he had to separate from his wife of 11 years because she turned him to a punching bag when she realised that she was stronger. Initially, Mr Adeyosoye was ashamed to cry for help but had to do that when the experience became unbearable for him.

The Commissioner for Lagos State Ministry of Women Affairs and Poverty Alleviation, Mrs. Cecilia Dada, during the ministerial press briefing to mark the second year in office of Governor Babajide Sanwo-Olu was quoted by The Punch to have said, “In 2020, 46 men were violated, while 378 women were violated. I must mention that this is the report of the Ministry of Women Affairs. Some people go to the Ministry of Justice while some go to the police. In 2021, from January till date, we have 43 men report gender-based violence issues, while we have 286 women.”

According to a survey done by Crime Survey for England and Wales and reported by the BBC, about 1.3 million women and 695,000 men experienced domestic abuse in 2018.

The Respect Men’s Advice Line, also reported by the BBC, said it received 13,812 calls and emails between April and July in lockdown compared to 8,648 in the same period in 2019. The advice line said the biggest increase in contact with abuse victims came through emails and the service saw the volume increase by 96 percent from 372 emails in June 2019 to 728 in June 2020.

Efforts have been made in the past to address gender based violence. One of them was the passing of Violence Against Persons Prohibition Act, which Ondo State joined several other states to domesticate in July 2021. However, speaking with The Hope in an interview last year, a professor of political science from Adekunle Ajasin University, Akungba-Akoko, Professor Lanre Olu-Adeyemi, noted: “The Law promises to be beneficial in the quest to build a good society. However, I see the Law as being pro-female. What happens to the boy child or man who gets molested either by a female teacher, boss, prophetess, colleagues or classmate among others? The boy child or man also needs to be protected.”

Three questions are germane in this matter. One is, what makes men fall victim of domestic violence? Why do many men who fall victim find it difficult to cry for help? Lastly, what is the way out?

Mr Adeyosoye believed that his wife turned him to a punching bag when she realised that she was stronger than him.

Mr Mustapha is of the opinion that most men who fall victim of domestic violence find it difficult to cry for help because they are afraid of being humiliated. He therefore urged men to check the mental state of their wives before marrying them.

Miss Uzoamaka Chukwuma, according to a report by the News Agency of Nigeria and Premium Times, buttressed this in her PhD dissertation submitted to the University of Ibadan when she said that men  failed to report cases of gender based violence because they feared stigmatisation from friends and family members.

Chukwuma suggested that both the federal and state governments should establish centres to deal with male victims of spousal abuse and prosecute female perpetrators.

According to John, whose case was reported by the BBC, his wife was always jealous of other women being attracted to him. “I couldn’t do anything other than try and hold her off. It was very difficult, you are judged by people like the police as if you were the one who was causing everything,” he lamented.

The BBC also quoted Michael Dix-Williams, project manager, as saying: “There’s very much a belief that domestic abuse only happens to women, and that prevents men coming forward. It feeds into this fear they’re not going to be believed.”

Another victim, Dave, said about his wife, “One time she punched me – and I pushed her off me, she ran to the telephone and called the police. Apparently her friend had told her ‘if you want to get rid of your husband start a fight, call the police and they’ll throw him out of the house’. So that’s what she did.”

Dr Sarah Wallace, from the University of South Wales, corroborrated this when she said there were numerous reasons why domestic violence and abuse (DVA) were not reported, by both men and women, including a fear of retaliation or a lack of trust or confidence in the police.

“However, the issue of under-reporting is even more pronounced amongst men. They fear appearing unmanly, shame, embarrassment, and a failure to live up to masculine ideals. This was the experience of the men we interviewed, who felt that they needed help to get to the root of these feelings.”

Dr Daniel Ikuomola from the Department of Criminology and Security Studies, attributed gender based violence against men to culture and modernisation. In his words, “We live in a patriarchal society. Who will the men report to and how will people believe that women who had been tagged as weaker vessels are the ones who are now perpetrating domestic violence?”

Ikuomola also blamed the trend on change of lifestyle, such as increase in alcohol intake by women, and the fact that women sometimes have to work to fend for the family which can make them tensed.

While stating that a problem shared is half-solved, the seasoned sociologist added, “When people marry incompatible partners because they rushed into marriage, it can fuel domestic violence, coupled with infidelity, in the sense that a woman becomes overbearing when she discovers that her husband is not faithful.”

Also speaking, a sociologist and gender work specialist from the Federal University of Technology Akure (FUTA), Dr Mrs. Kemi Adebola, attributed the underreporting of domestic violence against men to culture, among other factors.

“Culturally, we are not going to believe them because we run a patriarchal society. The predominant and authoritative person in our society is the man. How will you convince the society that you have authority but you are being victimised?

“Secondly, women perpetrators most times have some level of advantage over the man. It could be wealth or a better job.”

Adebola recommended a balance of our cultural norms as a way out. She also said that everybody should work on their statuses, for example by getting more education and empowerment.