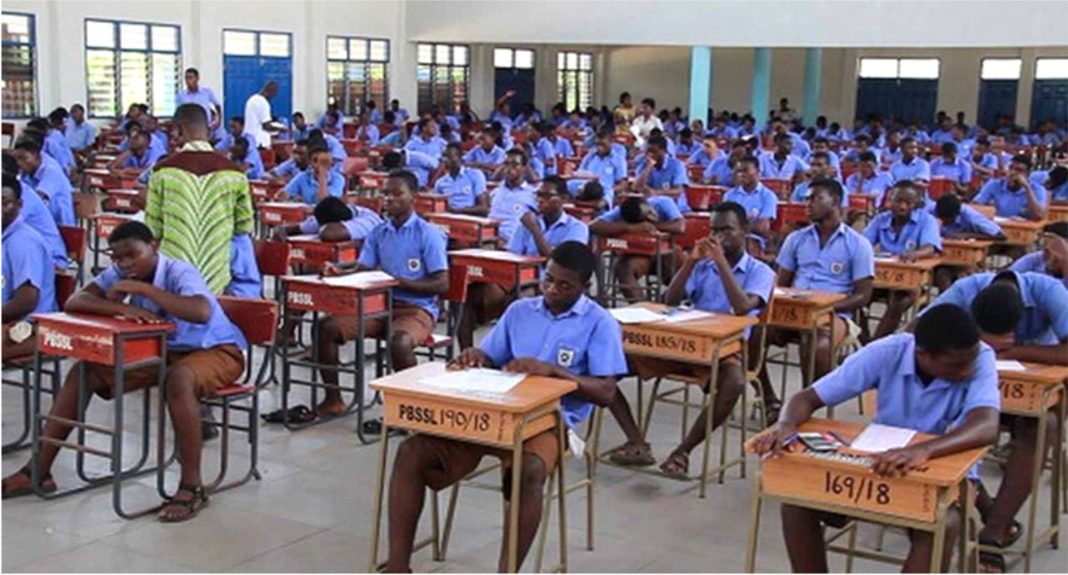 The news about the brilliant performance of students in the just released joint SSS two examination results in Ondo State came as a cheering ones to students, parents and the state government. This good news is a relief to stakeholders in education because it is coming at a time when many believed that reading culture among students is gradually going into extinct.

According to the report by the state government, about 89 percent of students who sat for the Joint SSS two exam in the state obtained credit passes in English Language and Mathematics. The examination which was held as a prerequisite for registration for Senior Secondary School Certificate Examination (SSSCE) in the state by both public and private schools was to prepare them for the task ahead.

Reacting to the development, the Permanent Secretary, Ministry of Education, Science and Technology, Mrs Lola Amuda, said that a total of 44,588 students sat for the examination. 29, 411 of the candidates are from Public Secondary Schools while 15,177 are from private schools. The Hope spoke with some stakeholders in education ministry on what was responsible for the students brilliant performances in the said examination.

Speaking on the encouraging results of the students, a teacher, Mr Ayokunle Abidakun, who commended the students, disclosed that they read for the examination and approached it with all seriousness. While praising teachers for the job well done, he urged schools to do more by creating a climate that supports each learner to do better, and challenge students to be at their best always, even in subjects where they appear weak.

His words: “Teachers generally are happy that students can overcome the fear of passing Mathematics and English language which they dreaded most. The only factor I can say was responsible for their brilliant performances is their teachers. This is because over the years, teachers are being judged by the outcome of students results. The truth is that we prepared them well for the examination. That is the results you get when teachers, students and parents work together in unity. It is a combination of efforts. I will appeal to the students not to relax until they make their results in the next West Africa Examination because that is what we are working towards,” he said.

An educationist, Mrs Agnes Echijile, attributed students’ success to change of techniques in teaching which trigger learners’ listening abilities and motivate them to be interested in their success. One of the techniques was to counsel the students and show them how responsible they are for their future.

“They were taught how to learn, listen and look out for clues and tips in questions that can help them solve it correctly. While preparing for the exam, students were given extra coaching and past external examinations questions were treated. It is the collective efforts of both the learners and the students. They did not only perform well in English Language and Mathematics, a good number of them did well in Economics, Government, Physics, Biology, Account among others.

“I want to believe that it is a new dawn and I pray they sustain it. If you could remember, most candidates who sat for last UTME examination also scored above 200. If this can be sustained, our standard of education will improve. It is a testimony that students are taking charge of their future now. Having said this, I will want the students not to relent, they should replicate same success when writing their WAEC. Parents also should assist their children in whatever way they can and let them know that the only way to academic success is early preparation.”

A parent whose child was among the successful students who sat for the examination, Mrs Ebun Adeniyan, thanked Ondo State Governor, Arakunrin Oluwarotimi Akeredolu, for prompt payment of workers’ salaries including that of the teachers which she noted motivated them to give their best to the students and aided their academic success.

She said: “The only thing that can motivate teachers is to pay their salaries as at when due. Once this is done, they will be happy to do their work diligently. That is why I want to appreciate Governor Akeredolu and urge him to continue so that the students can do even better in the coming SSCE examination.”

In the contribution of Mrs Adeniyan’s daughter who wrote the examination, Temidayo, disclosed that they performed well in the examination due to serious reading. According to her, they have been warned before the examination that any student who failed either Mathematics or English language would be advised to withdraw.

Her words: “The fear of being sent away from school was the major factor that propelled students to study hard. In fact, my parents warned me that it was either I passed the exam or forget about education because they didn’t have money to enroll me in private school for WAEC. This kept ringing in my ears and I needed no one to tell me it was time to sit up. I joined some of my friends who are better than me academically during our free periods to work on Mathematics which I am not good at.. We later came up with our own personal time table to accommodate other subjects but we gave Mathematics and English language more periods. We read for the exam as if it was WAEC to avoid the embarrassment of being sent out of school. That is the secret of the success,” she said.

On how they hope to sustain the feat, she said, though they have suspended study groups due to the demand of their new class, they hoped to resume as soon as possible. “We are trying to get use to the new class and it’s challenges, after which we will continue the free periods study. We understand that we should be more serious than ever because our SSCE examination is fast approaching and that is what we are working towards,” she said.