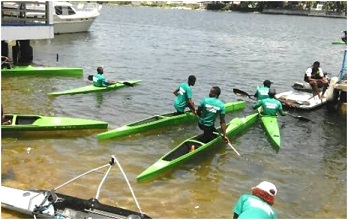 She said the sport only have one Kayak boat which she said was not enough for them to train.

She said despite the fact that all her athletes are participating in the national sports fiesta for the first time, they still mounted the medals’ table with silver and bronze medals.

According to her, “I’m very much satisfied with the performance of the athletes, they did well, they are making their first appearance at the games with something to their names.

“I’m very sure, by the 2024 in Ogun State they surpass this feat, the more the training the more they will be improving.

“Our major challenge is canoeing, we don’t have boat, we use the local boat to train, so we are appealling to the state government to buy boats for us.”