Who wants a ‘lazybones’ for wife? 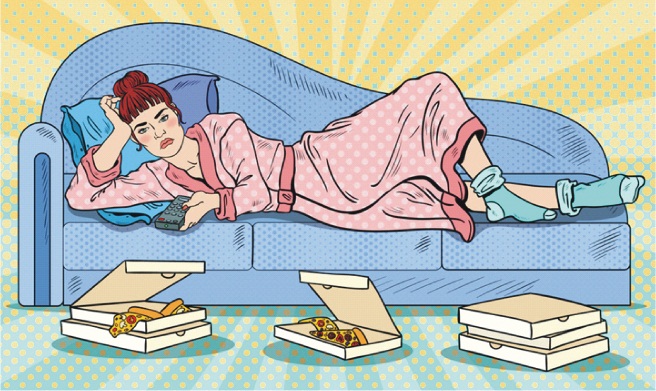 It was a sight to behold as Chukwudi (not real name ) walked resolutely on by the dusty path on lane I in our neighbourhood. He held a big suitcase in his hands which he was dragging along with him.

However, his progress was intermittently impeded by a young girl who would grab his bags at intervals but would take away her hands when he turned angrily to look at her. Then she would rub her palms together in supplication.

She was begging him not to go. At first, people ignored them. It was obviously a couple’s quarrel and the onlookers felt that they would soon settle it and go back home together.

Things got to a head when the guy got a motorcyclist that would take him out of the neighbourhood. The lady began to cry in earnest, bawling loudly and holding on to the man who although looking embarrassed was determined to leave.

The motorcyclist at this point seemed reluctant to carry him and urged him to listen to the weeping lady that held on to him as if her life depended on him.

Sympathizers too that were mostly male were drawn to the scene on beholding the damsel in distress. It was a pitiable scene as the young girl had cried so much that the bodily fluid from her eyes and nose flowed freely.

The men who were watching them to ascertain what was amiss could see that she was not beaten so they asked her what the problem was.

Between hiccups, she answered  “please help me to beg him not to go. I will do what he wants me to do”.

As the elderly men turned to the husband for more explanations, he knew he could not ignore them unless he wants to be seen as rude. He sighed heaviiy and allowed himself to be led to a shade.

He bared all as he told them how he married her from their village and brought her back to Akure with him.

According to him, they had an agreement that she would learn a trade and that after that he would establish her in business. And they would begin to build their family.

Her husband registered her at two places but she left over the pretense that her bosses were too harsh.

Her husband tried to reason with her but she refused to listen to reason. He tried to threaten her, she was so assured of his love that she called his bluff saying he could not do that to her.

For over a year, she refused to work and the husband became fed up with her. Therefore, when their rent expired, he simply packed his bags and made to desert her. Then, the drama begun.

The men cautioned the girl who was then very sober. They spoke softly to the man and his resolve weakened. Then, they collected his bag and instructed the girl to take the bag home.

She did not need a second bidding as she placed the bag on her head and walked away as fast as her legs could carry her.