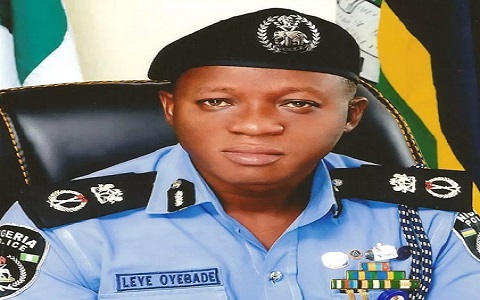 By Michael Ofulue & Tola Gbadamosi
|
The Assistant Inspector-General of Police Zone II, Osogbo, Mr Adeleye Oyebade,  has identified lack of  proper investigating  by the Investigating Police Officers (IPOs) and lack of intelligence-led-policing,  as the major reasons why criminal cases fail in court.

Oyebade, who warned policemen against shoddy investigation of criminal matters brought before them, said so many cases taken to the courts by the police have been reportedly struck out due to lack of diligent and proper investigation.

AIG Oyebade spoke while addressing officers, rank and file of the Ondo state Police Command,  who converged at the Police Headquarters along Igbatoro road in Akure during a-one day familiarization visit of the police helmsman in the state.

Oyebade, who oversees  Ondo, Oyo and Osun states, told the officers to step up their investigations in any criminal case reported to them, warning  that the  police authority would no longer tolerate reports of throwing their cases away due to lack of proper and diligent prosecution.

His words “This is  a new era of policing. We cannot continue to lose our cases brought before the court of law due to improper police investigations.

“Investigating Police Officers must be up and doing in conducting adequate investigations that would enhance diligent prosecution. We must avoid embarrassing ourselves in the courts  and do what is expected from us.

“Police Officers must imbibe the core values of discipline, diligence, vigour and ethnic conducts  while investigating cases. You must always be conversant with legal issues and evidential requirements necessary for discreet investigation and diligent prosecution.

The Police helmsman said operations ‘Puff Adder,’ recently launched in the state is to address and tackle heinous crime such as kidnapping, armed robbery, murder, cattle rustling, burglary and cultism.

He told policemen that the lnspector-General of Police has approved the  establishment of Zonal Security Stakeholders forum which he said will consist critical stakeholders such as representatives of governors from  the three states in the zone.

According to him, the leadership of Police Community Relations Committee (PCRC), relevant stakeholders and other segment of the society are members of the forum which he said would help solve crime related issues in the south west zone of the country.

While assuming  the police would tighten security in Igbotako in Ilaje local government  area  of the state through the use of Marine police, he said the police authority in collaboration with the state government will tackle criminal activities happening in riverine  areas of the state.

He enjoined all policemen to eschew all corrupt practices  and cue into the new transformation of IGP Adamu,  which is intelligent-led-policing and professionalism in the discharge of their daily duties.

Welcoming the AIG to the state, the Commissioner of Police, Mr Undie Adie,  hinted that the Command has been able to checkmate crime and criminality happening in the state and brought it to a tolerable level.