Why fire service must be strengthened – ODHA 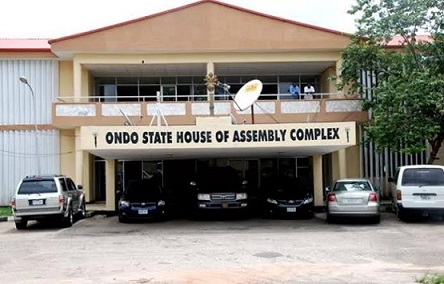 Why fire service must be strengthened – ODHA

By Josephine Oguntoyinbo
|
Ondo State House of Assembly has charged the state Ministry of Works and infrastructure to further strengthen the fire service unit as the dry season approaches.

House committee on Works who gave the charge during a familiarisation visit to the ministry also commended the state government for the ongoing construction and rehabilitation of roads across the state.

The Chairman of the committee, Dr Olayemi Adeyemi who noted that the government’s effort have positively turned the fortune of the state around,  enjoined the government to continue it’s good work in order for people to enjoy more dividends of democracy..

Members of the committee however appealed to the ministry of work on rural roads in order to ensure access mobility to transport farm products, adding that they should also synergize with relevant federal agencies to fastrack fixing of federal roads in the state.

The lawmakers pledged to collaborate with the ministry towards effective service delivery.

Earlier, the state commissioner for Works and Infrastructure, Mr Saka Yusuf Ogunleye who reeled out the activities and achievements of the ministry to the committee, described the governor of the state as an unbiased leader as all the Senatorial Districts are benefiting from the government massive infrastructural development.

The Commissioner assured that all failed portions of roads will be fixed during the dry season.

While commending the committee for supporting the ministry, he said the success being recorded was largely due to the backing of the house, through quick and smooth passage of its budget.

Also speaking, the Special Adviser on Works, Land and Infrastructure, Engr. Raimi Aminu said that the construction of road projects across the state was being hampered by the elongated rainy season saying that work is resuming now that the rains are subsiding.

He assured that the Ore Flyover will be ready next month, while other ongoing projects would be completed as promised.