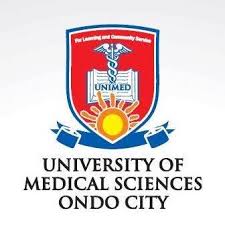 By Jubril Bada
|
The Vice Chancellor of the University of Medical Science, Ondo, Prof. Friday Okonofua has said that the university is doing well in the area of accreditation as all courses presented to the Nigeria Universities  Commission were accredited except.

Okonofua  disclosed this during a visit by the State House of Assembly Committee on Tertiary Institutions to the university.

The don  expressed hope that the yet to be accredited courses would be accredited  as soon as the requirements by the commission are met.

Okonofua  who commended the present  government in the state for being supportive to the institution noted that the  university also generates fund through school fees and consultant training programmes to finance its activities.

He, however, appealed to the state government and the House to redouble their efforts in supporting the university to improve on its academic programmes performance.

According to him:  “The university makes  judicious use of its available resources for the development of the institution.

The Chairman of the committee, Mr. Gudubankole Felemu, appreciated the university management for its efforts  at  building  the university to international standard.

The lawmaker expressed concern over the enrolment of non- teaching and teaching staff and the number of students enroled in the institution as well  as how it copes with payment of salaries  of workers.

Members of the committee were conducted round the Dental department equipped with ultra- modern facilities  procured  by the Akeredolu-led government.

The equipment were described as the best in Nigeria.

Similarly, the House Committee on Education, expressed satisfaction with the reports given  by the state Ministries Departments and Agencies  (MDAs)  about the performance of the committee in the last two years it  was  constituted to oversee their affairs.

The Chairman of the Committe, Mr. Olusegun Ajimotokin,  made the assertion during  the last meeting the members of the committee held with all the MDAs under the supervision of the committee.

“I was very overwhelm following the reports given about the committee in the last two years,” he said

The meeting  which was held at the State Assembly Conference Hall had in attendance the State Universal Basic Education Board (SUBEB), Technical and Vocational Education Board, State Library Board, State Scholarship Board and the National Association of Proprietors of  Private Schools (NAPPS).

Ajimotokin said the MDAs were invited to give the state of affairs of their various offices and challenges so far.

He said the meeting acquainted the committee  with the  challenges facing them.

Speaking with journalists, the State President, NAPPS, Chief ljidakinro Derrick said the meeting gave them  an opportunity  to relay their challenges before the committee since not all of their challenges were solved by the State House of Assembly.

He explained that the development would enable the incoming ninth Assembly to have hint of where the eight assembly stopped work.