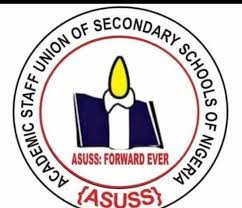 Parents have been urged to plan for the education of their children right from birth and should only give birth to the number they can cater for.
Chairman of Academic Staff Union of Secondary Schools ASUSS in Ondo State, Comrade Tajudeen Balogun during an interview with THE HOPE condemned the act of making children to fend for themselves while they should be in school.
Balogun who was reacting to complaints by Federal Government that students are dropping out of school despite government’s investment in education, said it is the duty of parents to ensure their children go to school.
“It is a sorry case that we find ourselves in this situation today. Some parents only give birth without thinking of how to educate them. If government is advocating that children should be put in school, it is because it wants a sane society.
“If government now goes to beg parents to bring their children to school like it was done in Lagos, Ekiti and some other states recently, it tells of the level we have found ourselves,” he said.
Balogun who agreed that some parents are discouraged because of unemployment in the country stressed that lack of education is what is increasing insecurity and other criminal activities.
“The role of government is to make the environment conducive for learning and Nigerian Government should make education free at least to secondary school level if the issue will be addressed.
While saying that Nigeria has good educational policies, Balogun said the problem lies with implementation, monitoring and evaluation.
“Look at the 6334 system of education, it was good but where is it today? And our technical schools should be made to function properly so that some students who can not further after JSS3 can continue there.
“Our curriculum also should not be tied to academics alone. Some students who are not academically talented can go for entrepreneurial skill after acquiring the basic knowledge.
He commended Arakunrin Oluwarotimi Akeredolu for the payment of WASSCE for students in the state.
“He has done well in primary school sector in the area of infrastructure and other things and has promised to look critically at the secondary sector in 2022. I think his efforts in the education sector is commendable”, he said.
He called on the federal government to address the problem of unemployment so that parents could be encouraged to put their children in school.