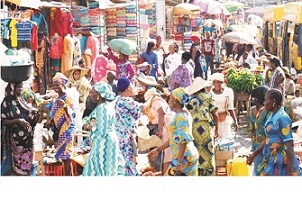 By Ebilehitah Samuel Idemudi
|
In April 2019, the Nigerian Governor’s Forum, the umbrella body of the thirty-six state governors, warned that Nigeria as a country should get prepared for another cycle of recession. According to reports, the recession is expected to begin by the middle of year 2020 and according to this report, the recession is expected to continue into the year 2021. While, the Central Bank of Nigeria have disagreed with the NGF about this prediction as the CBN Deputy Governor, Policy, Dr. Joseph Nnanna, expressed optimism that the economy would grow on the positive side, rather than go into recession in the year 2020, it will be unwise to take the statement of the NGF as child’s talk.

If truly there is going to be a recession, where does this leave the simple average Nigerian? The majority. The ones who do not really have a say in economic matters but whose lives are affected by the decisions of a few men in power.

Wikipedia describes recession as “a business cycle contraction when there is a general decline in economic activity. It generally occurs when there is a widespread drop in spending (an adverse demand shock). This may be triggered by various events, such as a financial crisis, an external trade shock an adverse supply shock or the bursting of an economic bubble”. While this sounds like a lot of grammar, we must not fail to realize that recession is characterized by “little or reduced spending within an economy”, meaning that during a recession, there is little or reduced amount of money in circulation. During recessions, companies do not make as much profit as they used to, and this in turn requires them to restructure and this restructuring can lead thousands and thousands of people to lose their jobs. When people lose their jobs, how do they purchase things that they usually do?

During the last recession which started to affect a lot of Nigerians in 2016, a lot of Nigerians lost their jobs and this contributed greatly to low purchases. And since the last recession, majority of the Nigerian population have been unable to recover. Those who had some money stashed away were mostly duped by Ponzi and get rich quick schemes. Nonetheless, while most of the population wallowed in the effect of the recession, there were other Nigerians who were not just surviving but also thriving. During recession, new projects were carried out, new businesses were started, houses, plaza were being built and renovated, new filling stations were established, new roads were constructed and all these activities generated money for the people involved.

While the normal reaction of a simple average Nigerian is to blame government and the world for  their personal problems, experience should teach one that, that won’t work a second time. Irrespective of whether there will be a recession or not, hoping for the best and preparing for the worse is the best principle to live by at the moment. If truly a recession will begin by the middle of this year, it is better for the average Nigerian to take charge of his own personal economy and the best time to prepare for war is when there is peace.

Here are some few tips on how best to prepare.

They say “once bitten, twice shy”. It will only be a mark of laziness and poor self-respect not to learn from the experiences of the previous recession and do nothing about it. Prayer is good, we indeed need to pray for our nation and about the various situations, but leaving everything to prayer alone without taking necessary steps to improve your own personal economy has always lead to stagnation. The Holy Book says, “Watch and pray so that you do not fall into temptation”. Each individual will have to take charge of his/her own economy, because when each individual’s economy is stable, it contributes to the wealth of a nation and this is what makes a nation a mighty one.